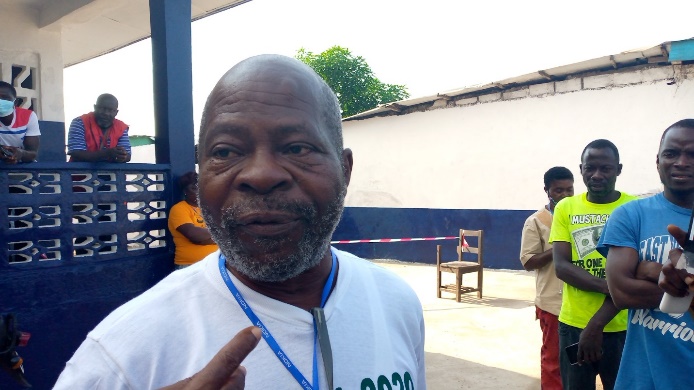 He said there is no need for the NEC to hurry with the referendum as if to say Liberia is running way.

The former NEC boss further indicated that there is a dire need for massive public awareness and education on the various propositions of the national referendum by the National Elections Commission.

He maintains that such education will make the electorate to have clear understanding of the entire electoral process and make informed decisions aimed at making positive impacts on the Liberian democratic process and the peace and stability of the country.

Mr. Formoyah who, as chairman of the NEC at the time, also conducted a referendum to change the fifty plus one votes to simple majority votes, and changed the retirement age of the Chief Justice of the Supreme Court of Liberia from 70 to 75 years asserted that his erstwhile administration at the NEC conducted massive public awareness before it embarked on the exercise, leading to clear understanding of the issues by the citizenry in yesteryears.

The former NEC Boss, was among election observers, representing the Center for Development and Elections Management that toured some polling stations yesterday.

He challenged the current Board of Commissioners of NEC to show high level of professionalism and integrity by making the right disclosure of the December 8, 2020 election results.

” The will of the people must be respected., You cannot suppress the choice of the people and when you do it, it can backfire,” he cautioned.

According to him, at the time he was serving as chairperson of the NEC, there were instances that his close friends who were defeated at the polls were announced that they didn’t win.

The former NEC boss indicated that running the affairs of the NEC from 2006 to 2011 was an experience he and his former deputies have always love.

Looking back at his days as National Elections Commission Chairperson, Mr. Fromoyan said he and his team of workers did what he called ‘great work.’

Also speaking at the occasion, John Washington, chairperson of the Kenejah Community said the process was going on well and People were smoothly going in and voting freely.