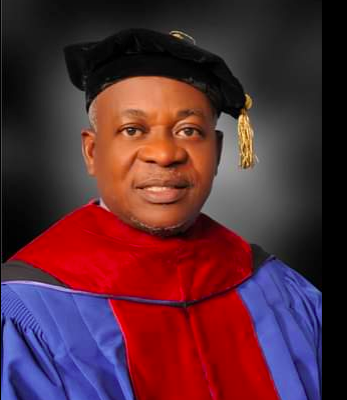 Members of the faulty had complained on low salary, delay, discrepancies and appalling teaching environment as well as lack of motivation. Recently, the go-slow action of faulty members prompted students’ demonstration in demand of lecturers return to the classrooms.

According to Dr. Julius Nelson, the resumption of classes starts effectively on December 17 and ends on the 23rd. Adding that this is the last week for lectures for the current semester.

It is not clear whether administration has met all demands, for which the faulty went on go-slow.

Meanwhile, the President has also rescheduled the final exams, which were scheduled for December 8, 2021.

According to the President in a meeting with students of the University of Liberia the Wellesley Centers for Women and the University Consortium for Liberia held today at the Fendall Campus, the president informed that exams for students doing Freshman and Senior Courses will be administered from January 3-8, and those doing Sophomore and junior Courses will commence on January 10-15, 2022.

The University of Liberia was founded in 1862 as Liberia College and became a full University in 1951. It is a public institution funded mainly by the Government of Liberia. The University now has four campuses: Capitol Hill, Fendall, Medical School Fendall, and Starz-Sinji campus located in Sinji, Grand Cape Mount County.

During its early formative years, financing for Liberia College was provided by the New York Colonization Society and the Trustees of Donation for Education in Liberia (TDEL), both were United States based organizations. The donations laid the cornerstone and financed the first building on January 25, 1858.

Beneath this effort was the belief that the “Republic of Liberia ought to have within itself the means of educating its citizens for all the duties of public and private.” Against this background, Professor Simon Greenleaf, the Harvard College Law Professor, who drafted Liberia’s Independence Constitution in 1847, led the effort to establish Liberia College.

However, for most of the next 90 years, the college had to struggle to overcome numerous obstacles to maintain its existence and integrity. As the sovereignty of the Liberian State remained challenged, so was uncertainty about the survival of Liberia College. The college was forced to close its doors on at least three separate occasions during this period. The Liberian State and the college managed to survive, however graduates were few, but the role that the leadership of the college played in Liberian society was significant, as were the contributions of its graduates.

Philanthropists, beginning with the Trustees of Donation for Education in Liberia, provided a welcome, but limited resource for the college until the Tubman era (1943-71), when financial resources became available to the Liberia State, following the successful cultivation of rubber and the discovery of iron ore deposits in Liberia. Favorable prices for these commodities in the 1950s raised Liberian public sector revenues more than eight fold in a decade.

The effects on the larger society of the resulting favorable terms of trade monetized a hitherto barter economy, leading to phenomenal public sector growth. That growth resulted in higher demand in the public sector for managerial and technical labor. Further, the need for capacity in the technical positions established in the new sectors caused the Liberian Government to appreciate the need for higher education through a national university