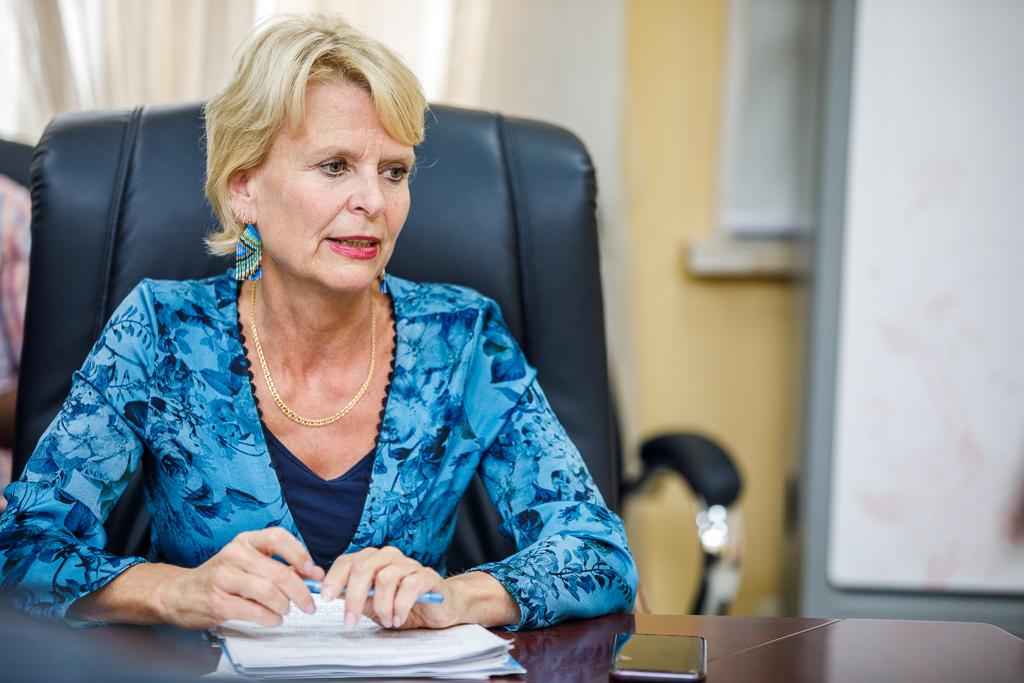 Ms. Asa Regner, Assistant Secretary-General of the UN and Deputy Executive Director of UN Women, has wrapped up her first official tour to Liberia, where she held a number of strategic engagement sessions with a number of high-level authorities and women’s organizations. Additionally, she spoke with women who benefited from UN Women’s activities in Liberia.

Ms. Oulimata Sarr, the regional director of UN Women for West and Central Africa, was with Ms. Regner.

Despite obstacles, she pointed out that Liberia has achieved significant progress in the past 20 years to advance the rights of women and girls through legislative changes and focused programs to eliminate harmful practices like female genital mutilation and discriminatory barriers.

Ms. Regner got the chance to visit the vocational and heritage center in Todee, Montserrado County, which was built by UN Women as part of the Spotlight Initiative of the European Union and the Government of Liberia during her journey. UN Women is building four vocational and heritage centers in four counties to offer traditional practitioners alternative economic livelihood opportunities in an effort to eradicate FGM in Liberia. The facilities will serve as locations where young women and girls, as well as traditional healers, can go to learn new skills and discover alternative sources of income besides having their genitalia cut.

There has been little advancement in women’s political engagement, leadership, and representation in national and municipal governance, despite the fact that significant milestones have been reached. Since 2006, when it was above 16 percent, there are now less than 11 percent women in the legislature.

As Liberia gears up for the 2023 elections, Ms. Regner urged the national leadership and other stakeholders to establish a shared agenda to encourage women’s political engagement and make use of the country’s 30 percent gender quota for party candidates.

The Deputy Executive Director of UN Women was excited to meet with a variety of women’s organizations and young women leaders, among others, to discuss ways to increase women’s involvement in politics and leadership. Members of the Fish Market Women’s Peace Hut presented their experiences of how they are promoting peace, justice, and conflict resolution, and Ms. Regner praised their efforts.

The United Nations organization devoted to empowering women and promoting gender equality is called UN Women. UN Women, a global advocate for women and girls, was founded to hasten the process of addressing their needs on a global scale. The organization seeks to promote gender equality as essential to achieving the Sustainable Development Goals and creating a more accepting society.