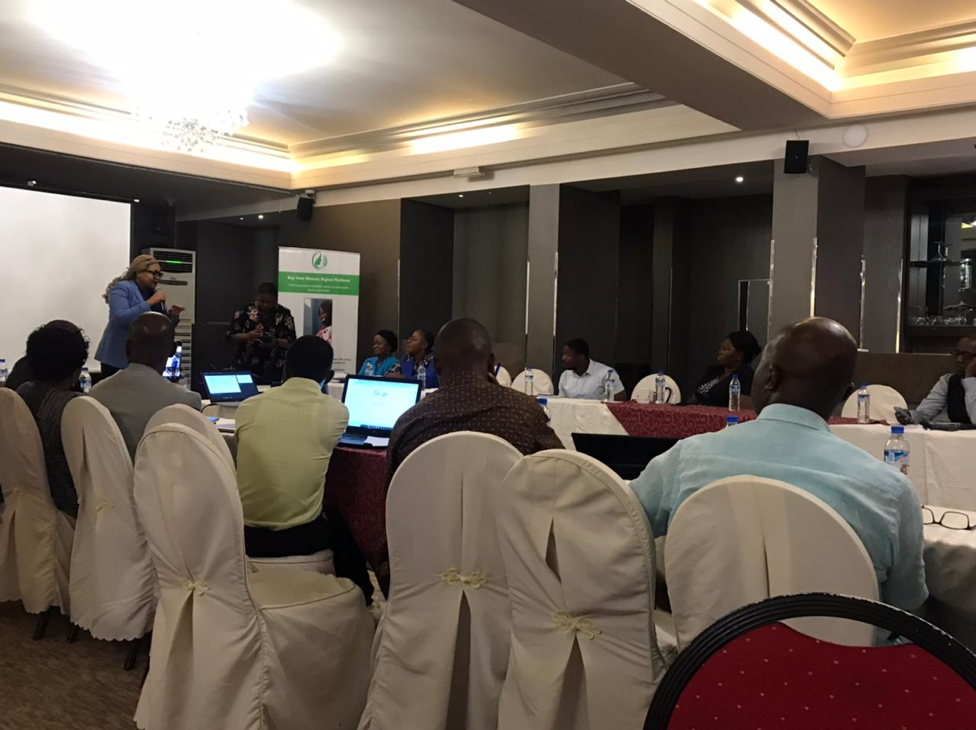 … conducted a one-day project kickoff and open consultation for a digital inclusion project for rural women smallholders and businesses.

UN Women Liberia is preparing to launch a new creative initiative called “Leveraging Digital Inclusion for the Economic Empowerment and Disaster Resilience of Rural Women Smallholders and Entrepreneurs in Liberia,” in conjunction with the Orange Foundation Liberia (D4WEE).

According to them, the project’s purpose is to deepen their commitment to gender equality through innovation in Liberia so that they can meet the evolving “2030 Agenda” for Sustainable Development, which is built on the principle that no one should be left behind.

On Thursday, June 16, 2022, at the Mamba Point Hotel in Monrovia, a one-day inception and open consultation was held with the goal of introducing the project and taking into account, as well as listening to, the views of stakeholders, donors, and how UN Women and Orange Liberia can adopt the best implementation approach and strengthen given the current country context.

Madam Patmela, UN Women Liberia’s Deputy Country Representative, said that the organization is proud of the project and that UN Women does not take anything for granted. As a result, people are eager to engage and explore how they can best move the idea forward.

Madam Patmela stated that when they look at programs and incorporate innovation and technology, it becomes great, and she believes that this is the direction the world is moving, underlining that if they do not take advantage of this space, they would be lost.

She also encouraged stakeholders and partners to collaborate in order to identify, collaborate, and, most importantly, achieve the project’s objectives.

According to her, they have been engaging with Orange Liberia on a regular basis, and it is a very productive endeavor for them.

She acknowledged that working with the private sector is difficult, but she believes Liberia is fortunate to have someone like Orange Foundation’s Executive Director, who has the passion and drive to see that there is a change in the drive of women and girls.

Madam Patmela explained that they will also work with older ladies who have a passion for something but don’t know how to do it, so they will be the ones to engage them and provide them with the place to use these technologies.

Madam Sarah Buchanan, Executive Director of the Orange Foundation Liberia and Orange Digital Center, claimed the idea began in Liberia and that “Buy From Women” is not a new concept. It is already taking place in Mali and seven other countries, and Orange is present in many of them, but Orange Liberia was the first country to join the project as a partner with UN Women.

Madam Buchanan added that partnering with UN Women was a brilliant idea for Orange Liberia because the small things they were doing in Liberia were being noticed on the international stage and bringing further benefits to the project.

She stated that they may be able to engage in cross-border trade, allowing people to sell their goods not only in Liberia but also internationally.

According to her, the stakeholders meeting was critical for them to learn more about the project, emphasizing that one of the things she dislikes is that everyone appears to be working in their own little corner, with the majority of them doing the same things, and that if they had ways to work together and strengthen the numbers, that would be ideal.

“So, as much as we do all these beautiful presentations, this is the point where we say your please come and see how you can render your expertise and we can also help with what you’re doing so that at the end of the day it can be a very strong project,” she said. “I already know it’s going to be a very strong project and good in Liberia.”

Madam Buchanan went on to say that she expects the initiative would be extended because, as a Liberian woman, she will ensure that it is effective since food and security are critical.

She took the opportunity to rally stakeholders to ensure that the project is successful rather than just for show.

The D4WEE is a ground-breaking initiative that will allow UN Women and Orange Liberia to scale up interventions and innovation across individual components of the previous UN Women, FAO, IFAF, and WFP joint program on Rural Women’s Economic Empowerment in Liberia, which was linked to women’s digital inclusion and the “Buy from Women’s Platform.” Thus, through technical expertise, networking, and existing infrastructure around climate smart technologies, digital skills, technology, and digital inclusion, this new project will build on and add critical value to these initiatives, ensuring that rural women in Liberia are not left behind during the ongoing digital revolution and COVID-19 recovery.