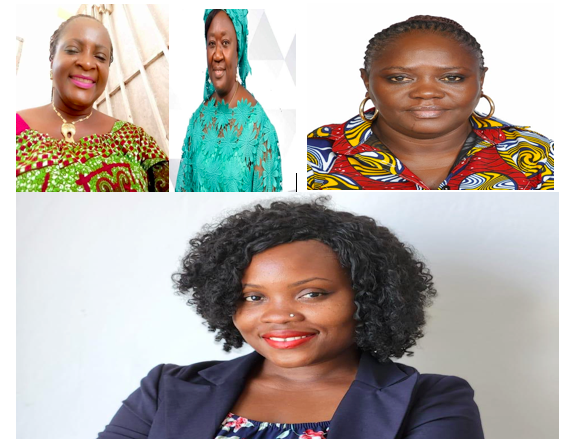 The erstwhile ruling Unity Party (UP), which produced the first democratically elected female president in both Liberia and Africa, has failed to meet the minimum requirement of 30 percent women in elected posts within political parties.

The two-day event, held in the county of Bong in central Liberia, brought together delegates from throughout the nation.

The new electoral legislation requires 30 percent female representation in elected positions within political parties and as candidates in national elections.

Three (3) women were chosen to the eleven (11) senior posts in the party’s Central Executive Committee, which represents 27 percent and falls below the national minimum of 30 percent.

Other women were elected as members of auxiliaries such as the Women’s Congress and the Youth League.

Chairman Amin Modad, whose leadership seemed to have reignited and revitalized UP after a major loss in the 2017 presidential and parliamentary elections, was defeated by Reverend Luther Tarpeh, who many fear is unfit for the future key elections in 2023.

It is now Chairman Tarpeh’s responsibility to take on the challenging task of bringing the party back together and raising the necessary funds for the campaign.

Chairman Modad and Secretary Mo Ali congratulated Reverend Luther Tarpeh and Mr. Amos Tweah on their elections to the positions of chairman and secretary general-elect, respectively.

“Congratulations to Partisan Amos Tweah on his election as National Secretary General of our wonderful Unity Party,” stated the previous secretary. As I stated throughout the discussion, our commitment to the institution remains unchanged, as does our 2023 objective. We shall not relent in our efforts to guarantee that the UP is more formidable in 2023. We have faith in the new leadership’s ability and that they will do everything possible to ensure our success. As stated by Sec. Ali, upon leaving the National Secretariat, the National Coordinating Committee, and the National Executive Committee, he renewed his commitment to the Unity Party.

Former Chairman Modad stated, “I congratulate Rev. Luther Tarpeh on gaining the Unity Party chairmanship, as well as all those climbing to top positions.” I appreciate the partisans (especially those who backed us) who participated in this conference despite all obstacles in order to exercise their democratic rights and responsibilities. Over the past two decades, I’ve had the privilege of serving and collaborating with a team of devoted colleagues, such as Dabah M. Varpilah, Jeror Cole Lofa Bangalu, Roland Giddens, Cornelia Kruah-Togba, Ben A. Fofana, Whroway Bryant, Selena Mappy, Edmund Forh Forh, Christian Cooper, Henry Zohnweel, and others, who care deeply about the party and Together, we have created several opportunities. In this regard, I have no regrets. The dynamic campaign team led by Cllr. Jeror Cole Bangalu and Alphonso Belleh, supported by Togar Melvin Cephas, Charles Roberts, and the staff at the UP National Headquarters, including Zunu K. Duyann, Klubo Mulbah Bartee, Seamanee Kolleh, Victoria Hodge, and others, who made our work easier deserves my deepest gratitude. Lastly, I would like to thank all the political leaders with whom I connected and with whom I worked to affect change and improve Liberia. You have all inspired me, and you will remain a part of my political journey forever.

In response, the newly elected chairman, Tarpeh, extended an olive branch to all factions, requesting that they set aside their electoral animosity.

“I would like to thank the Unity Party delegates for the peaceful election in the county of Gbarnga Bong. Now that the election is concluded, we must unify to advance our party. The next fifteen months are essential. I would like to personally thank previous chairman Modad for his congratulations on my ascension to the position of chairman of the Unity Party. I value your contribution to the expansion and development of our party under your leadership. Now that the election has concluded, it is time to heal the election’s wounds and unite to build the Unity Party a powerful and thriving political organization. The Liberian people are relying on us to save their nation; a mission we cannot take lightly. With God by our side, we will fulfill our purpose. Please tell Mr. Modad and Mr. Ali that we look forward to collaborating with you to accomplish this noble goal for our cherished homeland “.

In contrast to UP, CDC has committed to having 40 percent of its candidates and party leadership be female. If the National Elections Commission maintains the 30 percent criteria, UP would be evaluated for its ability to recruit more women.

“Your Performance Does Not Allow for Another Six Years”