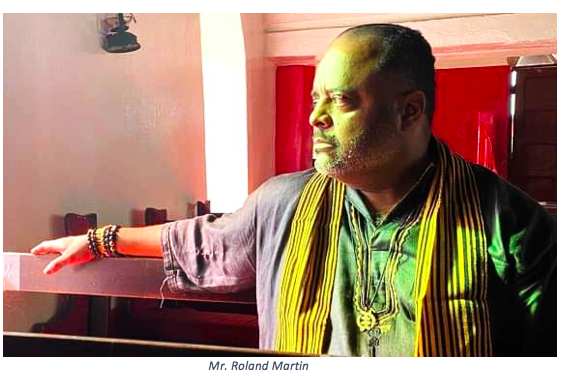 Mr. Roland Martin, the CEO of the Black Star Media Network and a former CNN correspondent with over 1.3 million Facebook followers, has questioned why Firestone Liberia is not a sponsor of Liberia’s bicentennial celebration. He claimed that the American corporation had profited greatly from the country and that it should be a major supporter of the bicentennial commemorating the return of free Africans to the continent.

According to history, the Firestone Liberia agreement was signed in 1926 for 99 years and was supposed to conclude in 2025, but it was revised in 2005 and authorized in 2008, extending the concession to 2041.

Global Witness reported that Parent company of Firestone Liberia no longer party to contract Firestone Natural Rubber Company LLC, a company organized under the laws of the State of Delaware, United States of America, is no longer a party to the contract that governs the plantation, rather a company called Brimstone, a Japanese based.

Under the previous agreement, according to Global Witness, the US-based parent company of Firestone Liberia was stated to be “jointly and severally liable”. “As a consequence of this change, Global Witness said, “If in the future Firestone Liberia is unable to pay compensation or otherwise meet its obligations under the Amended Agreement, the US parent company will not be required to step in and fulfil its subsidiary’s obligations under the contract”.

Global Witness said, liability for the parent company would only arise in special circumstances as, for example, if the Liberian subsidiary is subject to such stringent controls by the parent company over its decisions that it ceases to act independently. “This is quite rare”, the source said, stating that the overall result is that, in the event that Firestone Liberia does not do what it promises to do under the contract, it will now be more difficult for the Government to pursue a remedy against the US-based parent company.

Martin on his page said Firestone has earned billions of dollars from using Liberian rubber to make their tires and other products.

“Since 1926, Firestone Tire has earned billions from using Liberian rubber to make their tires and other products”, Martin said.

“Again, Firestone is the Worldwide leader for tires due to Liberian rubber,” he continues, “So how is Liberia celebrating its 200th bicentennial and Firestone is not sponsoring this? He asked.

Martin said he was going to apply personal effort on Monday to inquire from Firestone why it was not supporting the bicentennial celebration.

“On Monday, I am directing the Roland Martin unfiltered Black Star Network to call them and inquire why”, he said. Martin said, “I return from on Tuesday”. He said, he wants answer, “I want answers”. After operating for about 96 years, Martin believes that Firestone should built a production outlet in Liberia. “Also Firestone doesn’t even have talent in Liberia. This is crazy. Firestone owes Liberia”, he said. Martin said Firestone should be the major sponsor of Liberia land of return program.