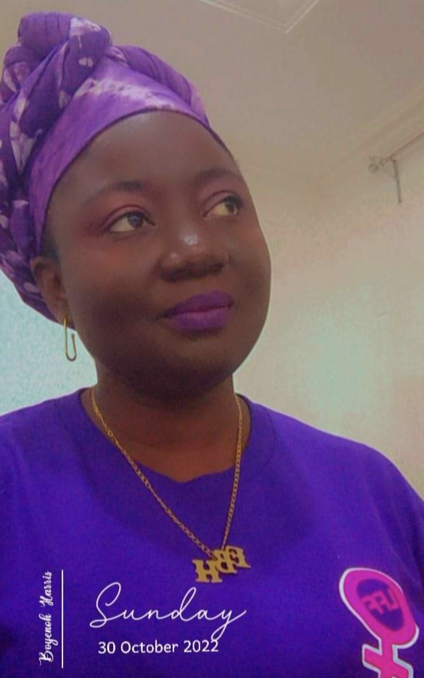 Speaking at a dinner with the UN Women Goodwill Ambassador for Africa FGM and Child Marriage, Ms. Jaha Dukureh, Ms. Harris described it as frustrating for advocates and the government to still be dialoguing on the case of an 11-year-old girl.

“We are disappointed that those responsible cannot be held accountable for their act,”  she stressed in dismay.

“We are disappointed,” she continues, “and we need to put in place drastic measures to end the practice of FGM in Liberia so that if one is to be taken to the Sande, it should be at their will and pleasure.”

Ms. Facia Harris said the circumstances surrounding the occurrence of the incident vividly prove that it is beyond negotiation, and as such, the perpetrators should be penalized for their actions.

She thanked the Goodwill Ambassador for the space and opportunity made affordable to Liberian women, and

joining advocates in Liberia in ending the practice of FGM.

According to local news, the victim is likely to develop a fistula and is in a dire medical condition as a consequence of the female genital mutilation (FGM) conducted on her.

Eyewitnesses said by order of the head Zoe, Famatta Musa, all female onlookers were seized by a group of women from the Sande Society in Kakata, Margibi County, and circumcised the next day against their will.

Little Tracy’s case report stated that she was chained by both legs to prevent her from escaping, while her face was tied with a black cloth and she was eating only leftover food. Little Tracy was said to be released on October 3 by order of the Internal Affairs Ministry upon the complaint of the church reaching the office.

“The child was circumcised beyond measure, which led to her having profuse bleeding that they could not stop.” In fact, when we found her, she was dying; the doctor who attended to her literally cried because he said she was cut beyond measure, thereby leading to damage to her private parts.

In a special statement at the dinner, Jaha Dukureh, the UN Women Goodwill Ambassador for Africa on female genital mutilation (FGM) and child marriage, reaffirmed her commitment to invest in Liberian women to end FGM.

She believes advocates have a moral obligation to stand up against FGM, especially for those who are being victimized by it.

In 2018, President Ellen Johnson Sirleaf of Liberia signed the Domestic Violence Bill, an executive order that banned FGM performed on girls younger than 18 years old, but the criminalization of FGM was limited to one year and expired in February 2019.

The executive order did little to address the role community leaders play in perpetrating this crime. It also failed to change the immense social pressure placed on girls to undergo these treatments. For these reasons, female genital mutilation in Liberia continues to be an issue.

In February 2022, the National Council of Chiefs and Elders of Liberia, in collaboration with the Government of Liberia, proclaimed a three-year ban on the practice of FGM from 2022 to 2025, but the story is still the same.

“Angel’s School Let Her Down”

Amid eviction order:LRRRC to repatriate about 3,000 Liberians from Buduburam Camp...