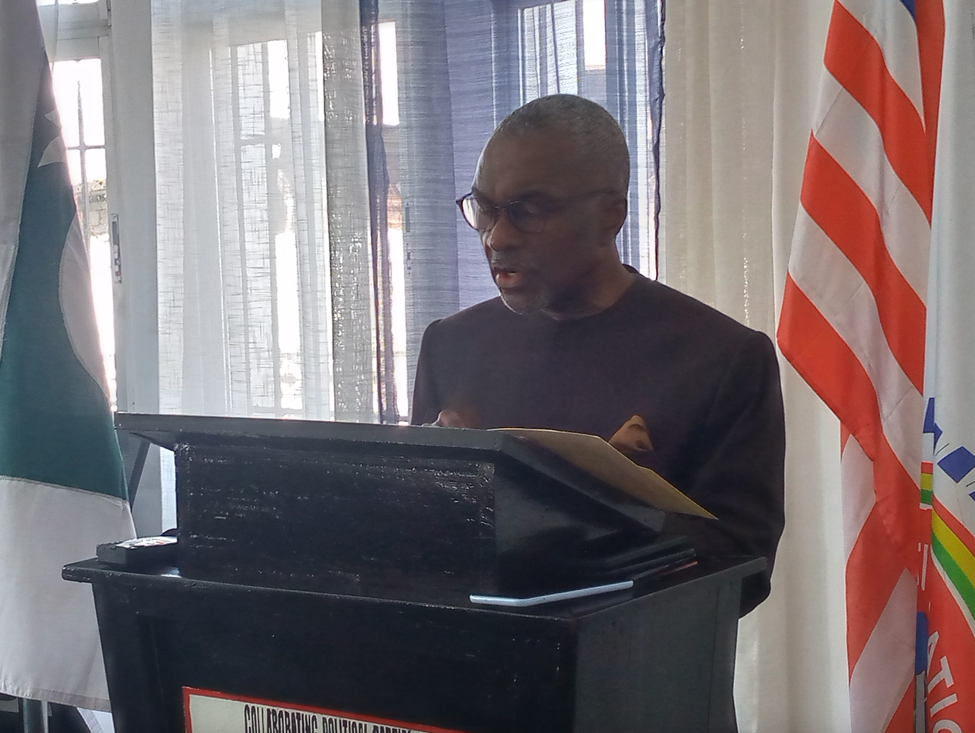 19th Street, Sinkor, Monrovia, Liberia—November 18, 2022: Alexander B. Cummings, the Political Leader of the Alternative National Congress (ANC), has asked members of the opposition to put pressure on President George Weah to make sure he fulfills his national duty.

At a news conference on November 17, 2022, Mr. Cummings said that the Liberian CDC government is full of bad governance, which he thinks affects all Liberians. Because of this, he said, members of the opposition community need to put their feet to the fire and do what needs to be done.

He assured his commitment to working with all members of the opposition block if interested, including the former ruling Unity Party, to ensure the right things are done for all Liberians.

He says, “That’s why I’m calling again on all leaders of the opposition, civil society, and religious groups to work with us to make sure President Weah lives up to his oath of office.”

Mr. Cummings said that the 2022 national population and housing census is being done in a way that isn’t right, and he thinks that nothing has been done to make the census happen.

He believes the delicacy of the Weah administration is unacceptable and shouldn’t be accepted or hailed by the ordinary people without any action.

The ANC Political Leader said the bad governance of the CDC administration is effecting all Liberians, as he said the cost of living in the country is rising while the President and his cabinet are dancing in wealth.

Howbeit, he called on the President to dismiss the Finance Minister and all other cabinet members associated with corruption.

Unusually, the political leader of the Collaboration of Political Parties (CPP)

said the Weah administration is leading the country to hopelessness while members of the national legislature are not holding the president accountable for his actions.

He thinks that the time has come for legislators to try to make sure that the Liberian state is freed and that there is good government.

At the same time, the ANC Political Leader vowed to audit the current administration when he ascended to state power, stating, “No one will get away with the stealing and looting of our country.”

Mr. Cummings also hinted that Liberia is too young for Liberians to be poor; if elected as Liberia’s next president, he promised to end bad governance, corruption, and all other unprecedented practices.”We will end this in 2023,” he noted.

Let’s emulate the good example of Joel Maybury to clean our...