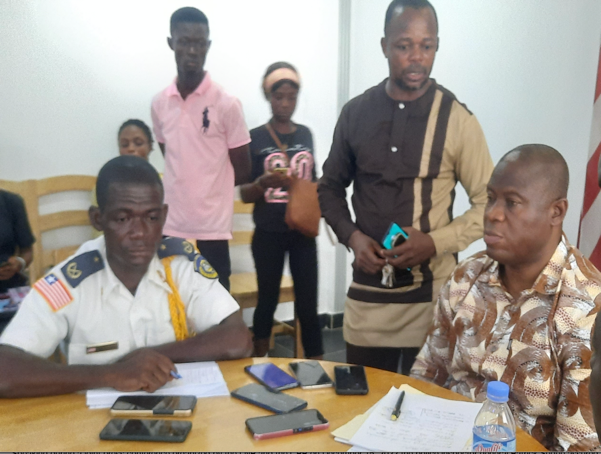 The Liberia National Police has urged the chair and organizers of the much publicized CPP “We Suffered on December 17 Rally” to spread a message of peace during their rally, as they gave assurance to provide a corridor of protection for CPP and all other Liberians during the day of the rally.

Speaking during a joint press conference organized by the LNP and the CPP on December 15, 2022, police inspector general Patrick Sudue assured the public that the police will exercise their duties in a professional and democratic manner to ensure the rally is peaceful enough to avoid chaos.

He vowed that the police will ensure that the rights and aspirations of every citizen will be protected during the rally, as they have done during the June Seven and other protests, noting that the LNP has had an orientation toward democratic policing.

“We have had an orientation toward democratic policing.” “Democratic policing is where you are constrained to provide care and protection for your citizens to ensure their rights and aspirations are protected,” IG Sudue stated.

The police IG went on to say that the police will use every peaceful method possible to keep the rally peaceful. Emphasizing that community policing will be the order of the day to ensure the police are taken to the people with peace and respect for human dignity

The IG Patrick Sudue called on the organizers and supporters of the CPP Rally to remain cordial, abide by the rules of law, and not cause commotion or embarrassment for other peaceful citizens during the day of the rally.

He urged the media to attend the rally and report on the true reality of the LNP’s ethical and democratic discharge of duty while reiterating the police’s commitment to a peaceful rally day.

Simultaneously, the inspector general stated that the floor of traffic will be detoured to allow free movement, allowing commuters to go about their normal business activities.

Meanwhile, Amb. Lewis Browne, chairman of the Friends of Cummings and lead organizer of the “We Tired of Suffering Rally,” praised the police for their commitment to keeping the rally peaceful.

Amb. Browne praised the ministry of justice for convincing the LNP and CPP rally organizers to hold a strategic security meeting, stating that the CPP has explicit confidence in the police’s ability to keep the CPP rally peaceful.

He concluded by reaffirming the CPP’s commitment to a peaceful rally where their petitions will be made known to the world.