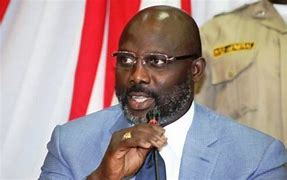 …Says It is About Liberians, Not Him

President George Manneh Weah says the December 8, 2020, referendum is not meant for his personal benefit but for all Liberians who have interest in a better future for Liberia.

The Liberian Chief Executive said amending the constitutional provisions singled out for the 2020 referendum aligns with changing global times and trends towards the national transformation and development.

He said one of the referendum issues is intended to give Liberians in the Diaspora opportunity to reunite with the country of nativity and make them citizens, not strangers, so that they contribute to the country’s development programs, while another resolution is meant to reduce tenures for Liberian president and legislators so that other Liberians have the opportunity to serve as elected leaders in their lifetime.

The President who spoke Monday, November 30, 2020 in King Jor, Grand Cape Mount County, at the political rally of Coalition for Democratic Change (CDC) Candidate, Senator Victor Watson, called on the citizens to vote “yes” for all the propositions on December 8, 2020 to change the political dynamics of the country.

He continued: “Don’t allow any of the opposition to fool you that the referendum is not good for you. It is about you and the future of your children and the country as a whole. You have relatives who were forced into exiles by war and poverty and who became citizens of other countries in Europe, Asia and America. You cannot say they are not Liberians, and that they should be denied citizenship,” the President quipped.

The President said to oppose the referendum is to alienate “our own children and family members,” adding, “we accuse others of racist behaviours but then we are trying to practice same here by denying our people born outside of the country the right to citizenship.”

President Weah told the gathering of youths and elders that reducing the tenures of President and legislators would help defuse and minimize political tensions in the country in that it will afford as many people as possible time to run for office if so desired.

The Liberian Leader also thanked the people of Cape Mount, mainly King Jor for voting him into office, saying that his government is working to justify the confidence reposed in him.

He said the government has undertaken manifold projects since ascending to power, while many other projects are underway to transform the country. President Weah has however indicated that the citizens of Grand Cape Mount County needed to vote to the Senate Senators who support the government’s development agenda.

The President enjoined the people of Cape Mount to re-elect Senator Victor Watson because he has done a lot for the short time he has served.

“I ask you to vote Mr. Watson again so that together we can transform your county and nation,” the President urged the citizens. “How will you elect someone who is not in the interest of the government?” he wondered.

He informed the people of King Jor that Senator Watson has shown respect and humility since his ascendancy and has worked with the government to achieve its development agenda.

In the same vein, President Weah has promised to install street lights in King Jor as part of nationwide development undertaking. He described King Jor as his home owing to the fact residents there did not let him down when he asked them to vote him president in 2017.

King Jor is a relatively populated and bustling town in Garwola District, Grand Cape Mount County blessed with much gold and diamond.