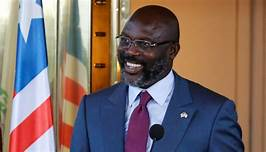 President George Weah is poised to begin a nationwide tour today, following his cabinet’s discussion and approval of the President’s tour, at a recently held cabinet meeting.

The president’s tour which begins today Friday, 12 February 2021, is expected to kick off in Bong County; with the first phase of the presidential tour will taking the Liberian leader to Bong, Nimba, Grand Gedeh, River Gee, Maryland and Grand Kru Counties.

While on the tour, President Weah is expected to hold town hall meetings with locals, county caucuses and administration, as well as commissioned projects including roads, administrative buildings and housing units. Also during the tour, President Weah is expected to become the first ever President of Liberia to visit and interact with residents of Gbi and Doru where one of his farms is located.