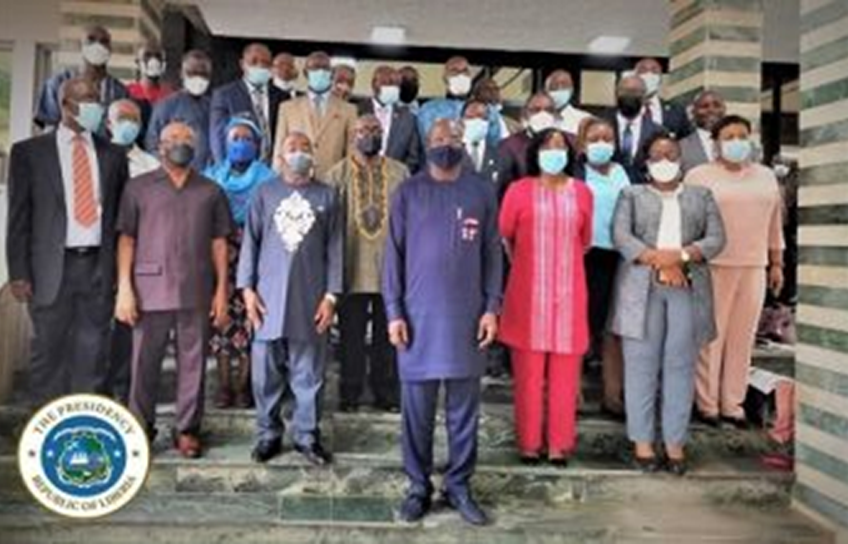 MONROVIA – President George Manneh Weah, has against threatened to fire officials of his government who will under-perform in 2021, his first being in his 4th State of the Nation Address recently delivered at the Legislature.

Weah told members of his cabinet at this year’s first cabinet meeting that the year 2021 is a year of performance, commitment and diligence, urging all cabinet members to strictly execute his agenda.

Addressing the cabinet at its first sitting for the year on Thursday, February 4, 2021, Dr. Weah warned that there will be zero tolerance for non-performing cabinet members and other government officials.

“This year and onwards, you must implement my agenda to stay on”, President Weah warns. This buttressed and confirmed the President’s position in his address to the nation on January 25, 2021 to dismiss any minister or official of government who fails to perform.

The Liberian Chief Executive said agriculture, the second flagship program of the Pro-Poor Agenda for Prosperity and Development (PAPD), remains a priority as his government embarks on making Liberia food secure and improving the livelihood of Liberians.

President Weah, who is expected to attend this year’s agriculture fair in Gbarnga on February 12, 2021, mandated the Minister of Agriculture, Jeanine Cooper, to ensure all government farms are cultivated.

“Madam Minister, please make sure we develop and cultivate our farm lands throughout the country this year. Let’s begin with the 5,000 acres in Grand Cape Mount. I will lead the entire cabinet to plant rice and crops by April this year”, Dr. Weah said.

Commending Min. Cooper, the Liberian President said: “I was told you are the best in terms of changing the dynamics of agriculture in the Country, and that you can help make my dreams of “made in Liberia” come true. You have so far exhibited that. I want you to do more”.

The Liberian Chief Executive urged all members of the cabinet to get involved in agriculture saying: “Living by example is cardinal. If we are to achieve our goals in transforming the agriculture sector, we need to participate in it fully.”

President Weah then commended members of the cabinet for submitting detailed reports on their various achievements, he promised to peruse them before acting on a way forward insisting people who don’t perform will take the bench as there would be no sacred cow.

The cabinet also discussed and approved the President’s tour which begins on February 12, 2021 in Bong County. The first phase of the tour will take him to Bong, Nimba, Grand Gedeh, River Gee, Maryland and Grand Kru Counties.

Also during the tour, Dr. Weah is expected to become the first ever President of Liberia to visit and interact with residents of Gbi and Doru where one of his farms is located.

Following cabinet’s review, the Minister of Justice and other line ministries including Gender, were mandated to accept and make recommendations to the international body in cognizance with Liberia’s laws and traditions.

RPI boosts fight against COVID-19; donates over 100 oxygen regulators to...