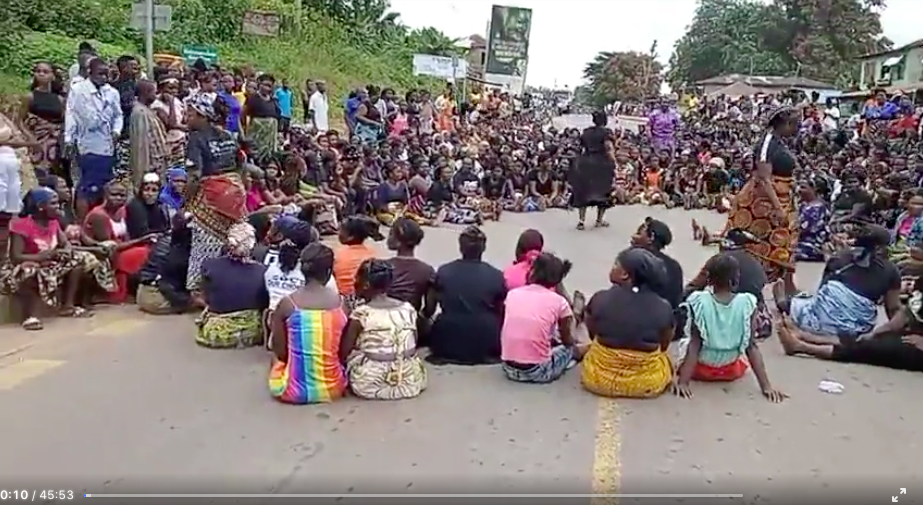 Women in Maryland County staged a nonviolent demonstration in order to voice their demands for justice for the deaths of two young persons.

At the intersection where Harper City and Plebo City are connected is where the women, who were spotted dressed in all black, were observed sitting. They were located on the main road.

When the women presented their case to the county’s local authorities, they insisted that autopsies be performed on the bodies and that the results be made public before the women could be allowed to leave the streets.

Superintendent George A. Prowd claims that the women are also requesting a trial by ordeal, which is a traditional method of adjudication but one that has been made illegal by law.

“The women demanded justice for the wrongful deaths of two of our citizens and came to our offices to present an oral petition,” our spokesperson said.

Anthony Tiaka, a student at Tubman University, was found dead in his room in late June, according to the superintendent, and a young boy named Levi, nine years old, went missing last Tuesday and was found dead the following day, on Wednesday of last week, in Lake Shaper. Both of these individuals were found dead in the same week.

The crime services branch of the Liberia National Police (LNP) conducted independent investigations, in addition to an inquiry by the coroner, which both concluded that the deaths of the two individuals were not the result of any criminal activity. There were no people who went missing, but the police detectives found a small amount of blood pouring from the little boy’s ear. They speculated that the bleeding could have been caused by a water creature, such as a fish.

On the other hand, he stated that the government of Liberia had dispatched forensic investigators, including pathologists, to conduct additional investigations in order to determine the cause of death of the two young people from Maryland. This was done in response to the demand made by the citizens of Liberia. Superintendent Prowd reported that the pathologists had completed their work and that they aim to make their findings public through the Ministry of Justice in fourteen days’ time.

The women have stated that they are going to continue to demonstrate in the streets until it has been determined what caused the deaths and the findings have been made public.

Maryland is infamous for being the site of violent demonstrations and homicides believed to be related with rituals. It should be recalled that some time in the last year, violent protesters demanded justice for the unsolved death of a commercial motorcyclist by setting fire to the resident of Dr. Bhofal Chambers, the speaker of the 54th National Legislature.