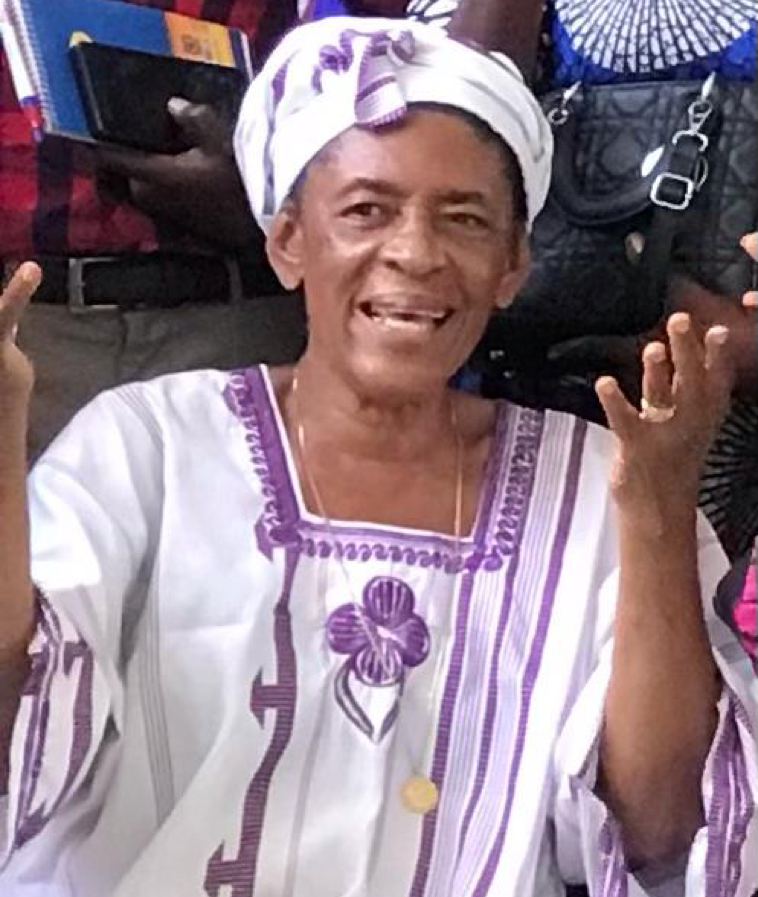 Madam Maureen L. Shaw, President of the National Association of Liberian Business Women and Entrepreneurs and an eminent woman of the Women Situation Room (WSR), has stated that if the National Election Commission (NEC) tries to prevent other politicians, particularly women, from contesting the 2023 elections, the women of Liberia will sanction the NEC.

Liberian women, according to Madam Shaw, will not allow any violence to occur in the country throughout the election process.

She made the announcement during the concluding ceremony of the National Stakeholders Meeting with chiefs, commissioners, mayors, political parties, women and young leaders from civil society and communities, which is part of the Angie Brooks International Centre’s Flagship Program “The WSR”).

According to the WSR Eminent Woman, whatever a candidate desires or whoever they support, the NEC should be aware that they are all Liberians.

She warned the crowd that if the NEC causes a problem in Liberia, every Liberian will suffer, and it will not be in vain.

“Every morning, I listen to the radio and jot down names in my copy book. We will seek sanction and will impose it on you.” “We’ll head to NEC once everything is finished. Do you believe you can currently block other political parties? “she stated

Madam Shaw continued on behalf of the WSR’s eminent women, revealing that she was the mobilization leader of the Liberia Women Initiative (LWI) with the late Mother Mary Brownell, and that she went from market to market calling on the women, which is how they forced themselves into the Liberian peace process.

She insisted that, despite the fact that some people did not want to see them at the time, she was one of the few who stayed firm, speaking on the BBC every day, and they promised themselves that they would not allow a crisis in the country.

“I recall them wanting a government without fighting groups, and she told herself that the women would not let it happen.

“I told myself that you who are killing us would not govern us, and the women will not allow it,” she added. “I am begging every Liberian, if you want to continue to make issues in this nation, we will have a one-man army in this country, and we will bring sanctions against you.”

I ask you, my people, I want to live a nice life even if it takes me years to reconstruct all of my work and money only to restore what was there before the war. I’m well aware of the situation. In 1996, three teenagers held me at gunpoint and demanded that I hand over my car keys. We always claim that war is bad. Yes, we have obstacles, but many of you should be further along in your lives now. Your kids should accompany you. I had to take my only daughter to America and leave her there, and I stayed here to make peace. As a result, if there was a war, we all suffered. Let us simply resolve that whomever tries to provoke an issue will be held accountable,” she declares.

Meanwhile, Madam Shaw utilized the occasion to call on Liberian women to form a women’s brigade that would serve as security whenever there was a gathering and problems occurred.

She stressed that the women’s brigade can collaborate with the Ministry of Justice to ensure a peaceful election.

According to the National Association of Liberian Business Women and Entrepreneurs, women should group together to defend Liberia’s peace, particularly during election season.

“I love my country and have lived here throughout the war. I’m a victim since my father was murdered on the street and I’ve been robbed three times. My properties were destroyed by fire. I just want to warn everyone that when there is a conflict or a lack of civil society, anyone can kill, rape, or harm you, and no one is safe. “Many of our young women became battlefield wives. Since the war, the young people and the entire country have been upset since many young people and many elderly people have died, and the young people have been left without supervision. As a result, our young girls, whom we should be proud of, married and had children at a young age. They have no guidance today, and they have raised themselves to do anything they want,” she stated

The National Stakeholder Meeting, which includes chiefs, commissioners, and others, is part of ABIC and Partners’ Women Mediation Dialogues with Political Actors.

The five-day Mediation Dialogue, which ran from May 2 to 6, 2022, is also aimed at promoting women’s leadership and participation in civic and political life, as well as their strengthened role in conflict resolution in Liberia.

“The Road to 2023 Presidential and Legislative Elections: Ideas, Evidence, and Strategies to Rethink Response Frameworks for a Peaceful Outcome,” was the focus of the events.

The WSR is a tool that mobilizes women and youth to lobby political players and support peaceful and democratic electoral processes. In accordance with UN Security Council Resolution 1325, the WSR also encourages women to participate in peace-building. The UN Security Council has recognized it as an effective tool for supporting peaceful elections, and the African Union has requested that the WSR be used in all African elections. The WSR mechanism’s neutrality is never jeopardized.

“It is a National Tragedy”